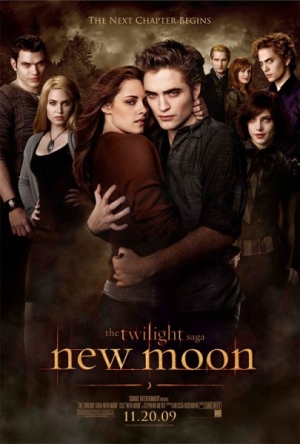 Edward leaves Bella after an attack that nearly claimed her life, and, in her depression, she falls into yet another difficult relationship - this time with her close friend, Jacob Black.

Special Offer book for all 5 of the Twilight films at the same time either in person or over the phone during box office hours (Tuesday to Saturday 10am to 12noon) and pay only £24.00. Thats 1 film free!

First 20 customers who book for all 5 films get some merchandise from the films.