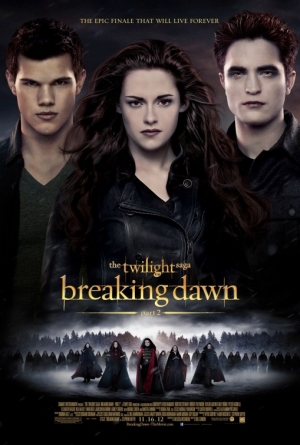 After the birth of Renesmee, the Cullens gather other vampire clans in order to protect the child from a false allegation that puts the family in front of the Volturi.

Special Offer book for all 5 of the Twilight films at the same time either in person or over the phone during box office hours (Tuesday to Saturday 10am to 12noon) and pay only £24.00. Thats 1 film free!

First 20 customers who book for all 5 films get some merchandise from the films.