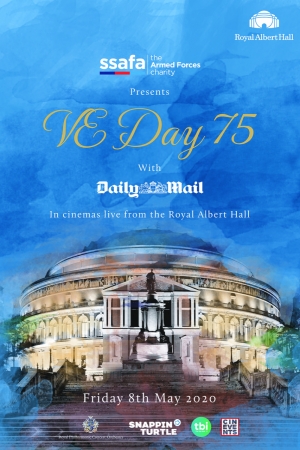 Hosted by a well-known personality, the event will be a two-hour, music-led concert featuring the Royal Philharmonic Concert Orchestra, plus very special guests. VE Day 75 will be a concert of epic, stirring and emotional music from some of the greatest British composers: from Elgar’s Nimrod to Walton’s Spitfire Prelude & Fugue; Holst’s Planet Suite to Ron Goodwin’s Battle of Britain Theme. An inspiring and patriotic evening featuring the best of British to commemorate VE Day 75.