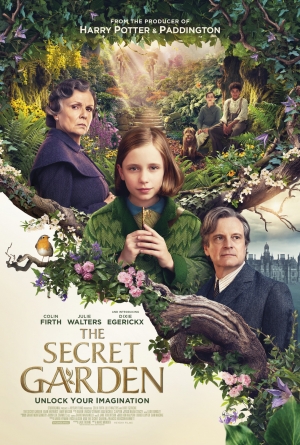 Mary begins to uncover many family secrets, particularly after chancing upon her sickly cousin Colin (Edan Hayhurst), who has been shut away in a wing of the house, and through her discovery of a wondrous garden, locked away and lost within the grounds of Misselthwaite. While searching for Hector, a stray dog that led Mary to the garden walls, she befriends local boy Dickon (Amir Wilson) who, through the garden's restorative powers, helps her to fix Hector's injured leg. Once brought together, these three damaged, slightly misfit children heal each other as they delve deeper into the mysteries of the garden – a magical place of adventure that will change their lives forever.

Trailer for The Secret Garden on TrailerAddict.