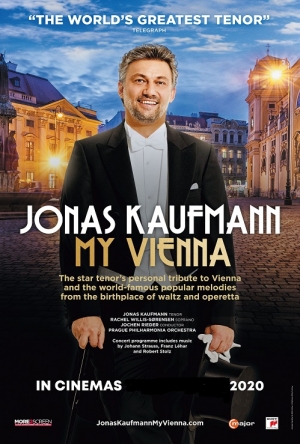 no material likely to offend or harm  Ratings info

Jonas Kaufmann My Vienna is a deeply personal tribute by the star tenor to the world-famous melodies from the birthplace of waltz and operetta. Filmed live in the magical setting of the Wiener Konzerthaus, the concert features popular Viennese music from Die Fledermaus and Wienerblut by Johann Strauss and Franz Lehár’s The Merry Widow, plus many of the classic songs inspired by the city of Vienna. Jonas Kaufmann performs with the Prague Philharmonia orchestra under the baton of Maestro Jochen Rieder and is joined by the internationally acclaimed soprano Rachel Willis-Sørensen.