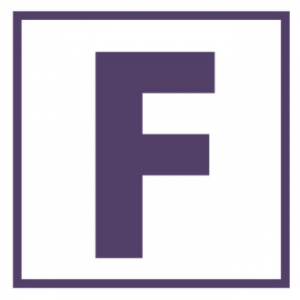 Feminista: The Most Inspiring Films About Women

Kim I Am: Singer-songwriter Kim Hill met a young rapper who suggested they start making music together. That rapper’s name was will.i.am, and the group became the Black Eyed Peas. The rest is history — or is it? Run Time: 13:41 Director: Ben Proudfoot

OK Chlöe: Chloe Swarbrick is New Zealand’s youngest MP. She’s a member of the Green Party, the LGBTQ+ community and an inspirational figure to millennials everywhere. Learn what it’s like
to be a revolutionary member of parliament in a political system disconnected from those it represents. Run Time: 08:45 Director: Charlotte Evans
The Other Fab Four - Meet The Liverbirds! In the mid-1960s, four teenagers from Liverpool were changing the face of pop music. Their names were Mary, Sylvia, Pam and Val. Run Time: 16:28 Director: Ben Proudfoot

Par For The Course - The Mirnavator is back! Mirna Valerio is a runner who advocates for body positivity. This is a super short film with a big message. Run Time: 03:40 Director: Kody Kohlman

Кerli - Shadow Works - A strikingly visual and intimate look at the music and creative process of Kerli, an Estonian singer/songwriter and philosopher. Kerli calls herself a magician; The Girls’ Network calls her A Goddess! Run Time: 13:45 Directors: Anastasia Zazhitskaya, Georgius Misjura

Wood On Water - Hannah Maia spent forty days canoe tripping in the Canadian wilderness with twelve young women. They were cold, bug-bitten and boob-deep in a muskeg bog while carrying incredibly
heavy canoes on their heads. It was fun! Run Time: 45:00 Director: Hannah Taylor-Bird

“Feminista Film Festival is a beautiful thing, it makes girls like me realise the true potential of
ourselves.”
“These films are so Inspirational and empowering!”
“... A joy to watch… It was insightful seeing all these women live out their dreams by battling
odds and overcoming difficulties.
“A celebration of womanhood!”

2021 Feminista Trailer from Feminista Film Festival and Tour on Vimeo.