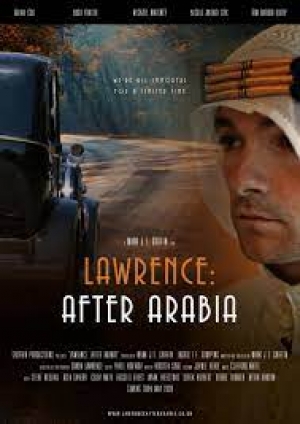 Lawrence: After Arabia With Q & A

Event includes in person Q&A with the Director

Retiring to his cottage in Dorset, Lawrence hopes to forget his past fighting in Arabia but soon he is drawn into political intrigue and his many enemies begin to plot against him. Was a motorcycle crash an accident or attempt at assassination by the British Secret Service? "Lawrence: After Arabia" tells the story of the last years of the life of the 20th century hero, T.E. Lawrence - Lawrence of Arabia.